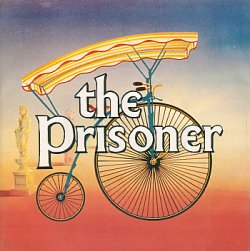 Who is Number 1? If you are Number 6 this is a serious question, since Number 6 asks Number 2 this at the opening of every episode of The Prisoner. First airing in Canada in 1967, this spy-sci fi-mystery-thriller was unlike anything ever seen before at the time. a sort of 1960s version of Twin Peaks by way of hippie counterculture.
While critically acclaimed at the time, audiences weren’t sure what to make of this very strange show. No matter. With only 17 episodes made there were loose ends left dangling at its conclusion.
Since released on video and (very expensive) box sets, The Prisoner is essential for the true connoisseur. For wider audiences, the series is brilliant and underseen. Millenials may find the series contemporary while also charmingly retro. This sort of surreal drama has become en vogue again at the end of the second decade of the 21st century. The Returned, Fortitude, and Dark all share the DNA of The Prisoner (not to mention a little show called Lost).

Besides this, The Prisoner is one of the most unique shows ever made. With an original concept, stylish aesthetics, and an increasingly confounding plot that’s delightfully impenetrable to try to follow.

The Prisoner was star Patrick McGoohan’s original conception: after finding great success on TV with the series Danger Man (known in the US as Secret Agent), McGoohan came up with a sort of sequel to his spy character, who ends up as a prisoner in an unknown location and the purpose of his indefinite detention difficult to discern.

This origin story has been contested by Danger Man script editor George Merkelstein, who claimed he came up with the concept and McGoohan simply took credit for it; at any rate, there is no “Created by” credit affixed to the show. And really, at this point it doesn’t matter: what matters is the incredible 17 episodes that these concepts produced and are still extant for future generations to enjoy.

Number one: Where am I?

Number Two: In the Village.

Number one: What do you want?

Number one: Whose side are you on?

Number one: You won’t get it.

Number Two: By hook or by crook, we will.

Number one: Who are you?

Number one: Who is Number One?

Number Two: You are Number Six.

Number one: I am not a number! I am a free man!

The setup: a secret agent suddenly resigns from his position, giving no explanation, and finds himself living in an isolated resort town with fellow top secret prisoners. Assigned as “Number 6,” he’s interrogated by a constantly changing “Number 2” as to the reason he left the service, but Number 6–who doesn’t trust his captors (for good reason)–engages in increasingly psychologically manipulative games with them, often hoisting them by their own petard by the end of each episode.

But as the series progresses, Number 6 seems to be losing his grip on reality, and by the end the viewer isn’t sure if he has gone insane and we are watching his breakdown, or if anything we’ve witnessed was real, or what.

In true subjective psychedelic 1960’s fashion, no definitive answer is ever provided and the whole series swallows itself in Ouroboros-like circular logic. But for the entire 17-episode run, this single-camera mystery is a transfixing spectacle to watch whose singular style has remained unmatched in a television series since.

To parse these more obscure points into relatable terms: much of the charm of The Prisoner comes from the locale that The Prisoner was shot in and how this location informed the show’s entire conceit. Filmed in Portmeirion village in North Wales, the layout and informing visuals of this holiday town created the sense of isolation and informs the strange formality of the residents of The Village (as it’s referred to in the series).

It’s a bucolic setting for an increasingly troubling story to take place in that lets its main character know there is no escape and everyone he may befriend in this setting is a potential plant or informer. For all the politeness of its employees and genteel nature of living in this well-manicured setting, Number Six never forgets that he’s a prisoner against his free will and is largely ignorant of the nature of his captors.

“I will not be pushed, filed, stamped, indexed, briefed, debriefed, or numbered! My life is my own.”

But the nature of the Village, Number 6’s captors, or their reach is an unknown to both character and audience alike. This is reinforced in the first episode when Number 6 attempts to escape, only to be chased down by a milky bubble that entraps him and brings him back to the Village. What this bubble (known as Rover) is, the audience is never sure, but it’s a technology that Number 6’s captors control and use to keep the captors of the Village in check. 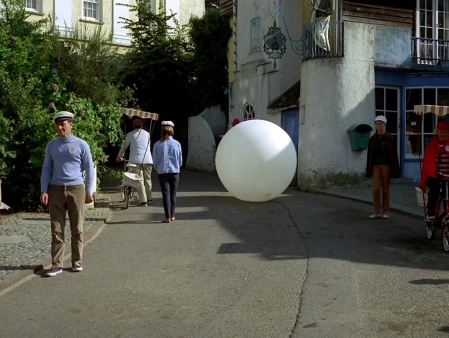 It’s also freaky as hell and is the kind of unknown that sticks in an audience’s mind, so much so that this bubble has been referenced enough in pop culture since its appearance that many people would be able to recognize the reference before knowing its source.

And The Prisoner keeps the viewer similarly on edge throughout by presenting bizarre, surreal concepts and configurations often without explanation. A human chessboard is made the centerpiece of one episode, with Number 6 playing a pawn; a fictional sport known as Kosho is played in another episode, which conflates karate, trampolines, and a tank of water its opponents attempt to knock each other into; in another, he’s swept up in a facade political election where he’s promoted as the potential mayor of the Village, all yet another mindfuck to find out why he resigned his position; and in another episode, a thought-control machine is introduced that allows the shadowy organization behind the Village and Number 6’s imprisonment to watch his dreams is used.

There’s little in The Prisoner that relates to reality yet still feels real throughout. Its blend of the surreal and realism gives The Prisoner its true impact, in which no matter how outlandish what’s depicted on-screen gets, the viewer can still place it in the realm of possibility and the show retains the suspension of disbelief required for any of it to work.

But largely what The Prisoner is “about” is individualism: how Number 6 fights endlessly against giving up his identity, giving in to societal pressure, or giving his prized possession–his reason–over to a gang of unknowns hoping to exploit it for their own gain. Patrick McGoohan gives an iconic performance as the stoic agent unwilling to give any of this up, constantly figuring out and upturning Number Two’s plans–whoever that may be depending on episode or their various machinations of finding out his truth.

Given the atmosphere of its production, the late 1960s, this sort of psychedelic regard of individuality versus collectivism, rebellion against “straight” society, and viewing the world of the squares as just a giant head trip that’s there to be unlocked and dismantled is understandable. But The Prisoner’s enduring value comes from how relevant its perspective is, particularly in the 21st century when rebelling against the social order and its norms seems to find itself in a tricky paradox of both needing one form of conformity while rebelling against another. Even though there is no true collective counterculture that engages in the sort of psychological mind games that The Prisoner elaborates upon and entertains, it doesn’t mean there isn’t an active resistance in society still fighting against the popular sentiments and culture at large. As the show purports, somewhere inside we are all living in our own version of the Village and are all Number 6.

Like the small compartmental lives we lead, Number 6 is never free of the Village throughout the series. We live in our loops of daily life, going to work, living in tiny orderly spaces, and interacting among other people who depend upon a mutually agreed-upon civility where law and order, social customs and graces, and established roles are the cornerstones that keep interactions and interpersonal relationships well-regulated and understandable.

But inside of our dreams, where all sense and sensible thoughts turn into abstract nonsense, that’s also the realm The Prisoner details: where the rules of daily reality fall apart and run backwards and nothing is as it seems. This dream logic is also what this series runs on and gives it the dynamic visual and conceptual power that keeps the audience’s attention. Giant bubbles that chase you, mind control drugs, doppelgangers, and head games that defy reason are just part and parcel of living in the Village. Living in a Kafka-esque nightmare is part of that, as well: not knowing your persecutors or understanding their motives and continually being kept under their power. It’s like a nightmare–and much of The Prisoner plays like a nightmare. A well-orchestrated, finely tuned one, but a nightmare nonetheless.

Radically ahead of its time and highly influential, The Prisoner is quickly being forgotten as the years and decades pass since its inception 50 years ago. Entire generations are unfamiliar with the series but should become well-acquainted with it: after all, much of what’s new has sprung from this captivating series. Surreal, weird, classy, well-made, and totally original, The Prisoner was not just a great series but was great TV that blazed a trail for the kind of stories that could be told on this (at the time) seemingly restricted medium.