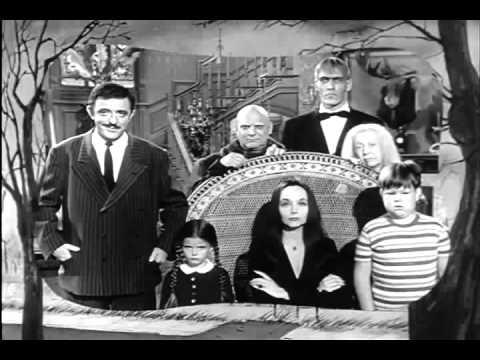 Let’s play a word association game. If I used the words creepy, kooky, mysterious, spooky, and ooky, my guess is that you would snap your fingers twice and say The Addams Family.

And it’s amazing at just how deeply the TV show has permeated popular culture at this point: running from 1964 to 1966 and producing only 62 episodes, The Addams Family has had a remarkably long run and influence in television, film, and TV tropes in general. There have been cartoon series, at least two TV movies, and two live-action major motion pictures made from the property, with a CGI original coming out in October 2019.

Based on the original characters from cartoonist Charles Addams, whose single-panel gags inhabited the pages of The New Yorker, the TV series first aired September 18, 1964. Featuring the Addams family—including vampire-like matriarch Morticia, eccentric patriarch Gomez, their ghoulish children Pugsley and Wednesday, mad scientist creep Uncle Fester, and Frankenstein-like live-in servant Lurch–there had never been anything quite like The Addams Family on television before—or possibly since.

A classic example of “opposite” comedy—where much of the humor is derived as presenting the wildly original and offbeat Addams playing against various interlocutors into their Gothic mansion as a perfectly normal family, while they consider their “normal” guests as the oddballs—The Addams Family is as easy a watch as it is wonderfully inventive in its presentation and perspective. It’s unique, unexpected, and imperishable Great TV. 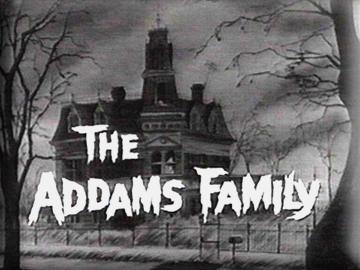 The Addams Family was obviously not a high-priority show for ABC: every episode takes place in exactly one location, the Addams’ homestead—and its theatre-like staging and quick production of each episode would have come across as amateurish were it not for the obvious care in the writing, set design, and (especially) effort that its actors put into bringing to life what amounted to living cartoons.

Besides this, it’s the world of the Addams that make the show such a success. Having every episode take place in their wildly weird mansion—where hidden passageways are abundant, torture chambers are treated as relaxing lounges, and their Gothic aesthetic is fully embraced and a source of pride for the family–the weird is treated as normal.

As each episode brings an outsider into their world—from opportunistic businessmen to new neighbors to various consultants and even uninvited guests—said interlopers are fully at the whim of the Addams’ eccentricities. But what makes the show so enjoyable—and likeable—is how hospitable, friendly, and positive the Addams are to all walks of life. They open their home to whomever enters it and do their best to entertain and make them comfortable. Part of the comedy, of course, is that the bizarre past times and customs of the family terrify and repel nearly everybody.

The family is unfazed by any negative reactions to their customs, however, and at most feel that they hadn’t done a good enough job as hosts to their guests. But no matter how many people flee in terror by the end of an episode—usually for reasons the Addams simply cannot understand (their weirdness censor is seemingly a permanent part of their genetic makeup)—the Addams remain open, friendly, and welcoming to any and all guests. 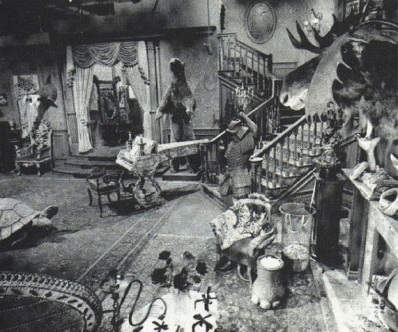 Perhaps what makes the show work so well is that we never see the Addams outside of their home. This was a major fault of the motion pictures produced in the 1990s (well, besides making the Addams out to be more cruel and malevolent than just radical individualists)—by taking the Addams out of the home they live and exist in, which is so important in providing them a sympathetic context to their behaviors, they become more monster-ish and unpleasant.

And ultimately, this is what makes the show work so well: as each episode’s (incredibly catchy) theme song intones, “So get a witches shawl on/A broomstick you can crawl on/We’re gonna pay a call on/The Addams family” (snap snap!) Each episode is a self-contained visit into the Addams’ world—a kooky, spooky world where a hand named Thing can play chess, a giant monster grimly takes your hat, and you are enthusiastically invited by Gomez to smoke a cigar as Morticia fixes some poisonous tea. If only my neighbors were so interesting, I would hang out with the Addams family every day.

The Happiest Couple on TV

The main characters of the show are the mother and father of the Addams family—Morticia (played by the lovely Carolyn Jones) and Gomez (played by John Astin, who may have been born to play the part)—and they are arguably the healthiest, happiest couple ever depicted on television. Although their interests may be morbid and dark to the outsider, their passion and love for each other is depicted in literally every single episode. 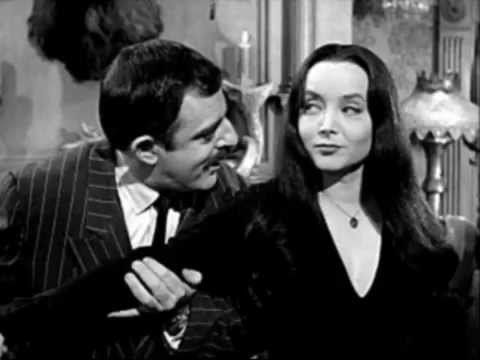 In a time where married couples were usually unhappily married for comedic purposes, or else had a sexless relationship despite having children, The Addams Family never shied away from literally depicting how wildly lustful Gomez is towards Morticia, nor how she enjoyed his attentions and affections. In fact, it’s rare even nearly 60 years later, to find such a happy, loving couple depicted in sitcoms.

This also grounds characters and a show that would otherwise be perhaps too kooky or ooky to actually be enjoyable: no matter how eccentric either parent is, they obviously are deliriously in love with each other. And this isn’t limited just to the couple: both show genuine concern for their children and even hold Thing (which is, again, literally just a hand in a box) and Lurch (a monosyllabic Frankenstein monster of sorts) in high regard and with great empathy. For such supposedly morbid, disturbed people (at least to outsiders), they are one of the healthiest, happiest families ever on television.

Times May Change, But the Good Remains

As values change—radically so, particularly since the turn of the 21st century—The Addams Family now seems almost prophetic in how those who live alternative lifestyles to mainstream values can be wonderfully well-adjusted, friendly, and charitable people. The Addams Family also imparts an important lesson: don’t judge a book by its cover. Even if somebody’s customs and behaviors may seem strange to your own values, they can also be perfectly good people. So what if you don’t like to sleep on a bed of nails or find bobbing for piranha a fine way to pass an evening? If they are kind, and generous, and treat you with respect, a simple polite decline of their offer will be understood.

Kooky? Sure. Mysterious? Yes, particularly when it comes to their seemingly bottomless wealth. Creepy, though? Perhaps that’s just a matter of perspective. When you call on the Addams family, you’re on their turf. You may not like their eye of newt stew, but have a cigar with Gomez and simply dig the vibe.

This is an immensely enjoyable show—a world I enjoy escaping into, and one that has yet to be replicated (at least successfully) either on television, cartoon, or (especially, ugh) film. The original series—a brisk run of 62 episodes over two seasons—is easily available across many platforms. So for something wonderfully offbeat, there are literally few shows that can satisfy the need for a bit of peculiar entertainment like The Addams Family. 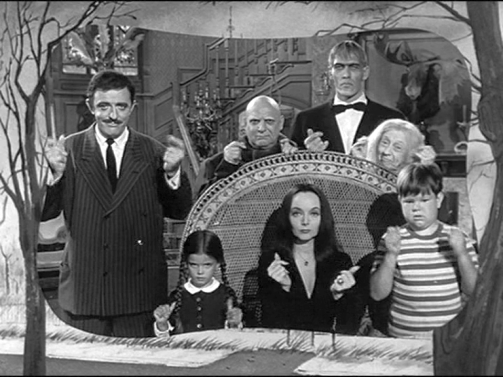