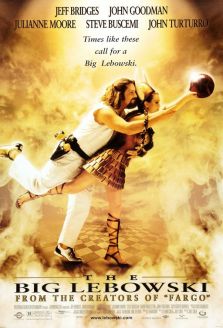 The Dude abides. But how? With the Gulf War raging in the background and as the slings and arrows of outrageous misfortune–mostly concerning a soiled rug that really tied the room together that escalates into a wild series of improbable events–fall about him, The Dude, bleary-eyed like usual, somehow maintains an inner calm. Everyone else around him, however, is going nuts: between the eponymous Lebowski, whose bubbly young wife Bunny has gone missing, the nihilists that continually threaten The Dude for ransom payment for said wife, his unhinged militaristic friend Walter somehow making every wrong move–from scotching the ransom payment attempt to pulling a gun on a competing bowler–every step of the way, The Dude still finds time to listen to some Bob (Dylan), toke on a joint, and enjoy the occasional White Russian.

Released in 1998 and part of the Coen Brothers’ increasingly scattershot oeuvre (not that that’s a bad thing), The Big Lebowski is a shaggy dog detective story that stars the wooly hippy holdover Jeffrey “The Dude” Lebowski, content to wander 1991 Los Angeles in a bathrobe writing miniscule checks for milk purchases at the local Ralph’s, rolling with his bowling team towards the championships, and staying in the perpetually meditative twilight of being stoned.

I don’t know if The Big Lebowski has a point. I don’t really care, either: it’s a weird, fun cinematic ride where a solid soundtrack underscores the surreal, sometimes eye-popping, visuals that the Coen Brothers muster. Following their much-heralded, Oscar-nominated crime drama Fargo, maybe they just needed to work on something so lightweight and ultimately frivolous that by being able to let loose, they created a masterpiece.

What it lacks in meaning or depth, The Big Lebowski makes up for in heaps of humor, a cool protagonist, and a surprisingly clever script. Jeff Bridges gives an iconic performance while the cartoon-like characters that surround him explode off the screen. It’s simply a really enjoyable, funny, original film that doesn’t aspire to be anything more than what it wants to be, man, and for that reason I think it’s a perfect movie.

The Big Lebowski – A Perfect Movie

Let’s talk about The Dude. Or rather, let’s let Sam Elliott describe him. In the opening scene, we follow a tumbleweed rolling across the plains while the cowboy song, “Tumbling Tumbleweeds” plays in the background as Elliott explains to us who the dude is: 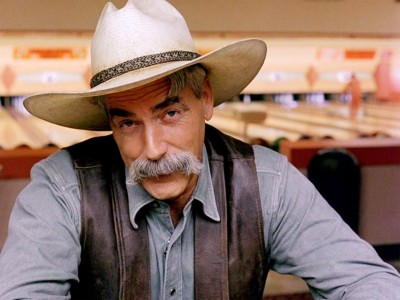 ““Way out west there was this fella… fella I wanna tell ya about. Fella by the name of Jeff Lebowski. At least that was the handle his loving parents gave him, but he never had much use for it himself. Mr. Lebowski, he called himself “The Dude”. Now, “Dude” – that’s a name no one would self-apply where I come from. But then there was a lot about the Dude that didn’t make a whole lot of sense. And a lot about where he lived, likewise. But then again, maybe that’s why I found the place so darned interestin’. They call Los Angeles the “City Of Angels.” I didn’t find it to be that, exactly. But I’ll allow there are some nice folks there. ‘Course I can’t say I’ve seen London, and I ain’t never been to France. And I ain’t never seen no queen in her damned undies, so the feller says. But I’ll tell you what – after seeing Los Angeles, and this here story I’m about to unfold, well, I guess I seen somethin’ every bit as stupefyin’ as you’d see in any of them other places. And in English, too. So I can die with a smile on my face, without feelin’ like the good Lord gypped me. Now this here story I’m about to unfold took place back in the early ’90s – just about the time of our conflict with Sad’m and the I-raqis. I only mention it because sometimes there’s a man… I won’t say a hero, ’cause, what’s a hero? But sometimes, there’s a man. And I’m talkin’ about the Dude here. Sometimes, there’s a man, well, he’s the man for his time and place. He fits right in there. And that’s the Dude, in Los Angeles. And even if he’s a lazy man – and the Dude was most certainly that. Quite possibly the laziest in Los Angeles County, which would place him high in the runnin’ for laziest worldwide. But sometimes there’s a man, sometimes, there’s a man. Aw. I lost my train of thought here.”

This rambling introduction is representative of the film as a whole: a story that’s seemingly stitched together with loose threads as it goes along, with loose ends left dangling and some mysteries only known to the viewer. And The Dude himself is a lazy man: perpetually unemployed with no visible means of income or support, The Dude somehow has an apartment, a car, and enough money to buy the marijuana he’s constantly smoking. Like Cosmo Kramer only with less ambition, The Dude exists in a netherworld where he’s being supported by some invisible force.

Not that The Dude wants much out of life: as stated, he’s a simple creature of habit. Much of the humor of the film is watching as this man–who wants nothing less than for the world to completely forget that he exists and leave him alone–is instead drawn into service by one Jeffrey Lebowski, a wealthy businessman with which he shares a name.

After two nihilists burst into his apartment, drop a weasel into his bathtub which he was occupying, and piss on his rug while demanding money for Bunny’s debts, The Dude–spurred into action by his aggressive bowling partner Walter (John Goodman)–heads to Lebowski’s mansion for remuneration (after all, that rug really did tie the room together). After absconding with a rug under false pretenses, The Dude is called by Lebowski’s assistant (Philip Seymour Hoffman, playing a boot-licking toady to perfection) to deal with the men who have kidnapped Bunny for ransom–and in turn, for a healthy reward.

The Dude is funny because he’s like a sponge: while inert, he’s also remarkably more perceptive than he lets on and soaks up the information around him like some sort of shaggy shamus. Much of his dialogue comes from phrases he’s heard other characters speak, and by the end of the film (not that it matters by that point) he seems to have actually figured out the mystery. What makes The Dude likable is that he has no ill will or want to harm anyone around him: like Philip Marlowe in Robert Altman’s The Long Goodbye (to which The Dude shares more than a few traits), he simply wants to be left alone. Unlike Marlowe, however, The Dude never wanted to be part of the mystery in the first place. 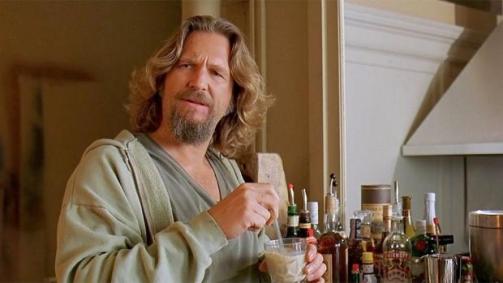 The cinematography is wonderfully dreamlike, viewing LA as a surreal place, one that turns places as mundane as a bowling alley (which is featured in a memorable opening credits sequence) or a dumpy apartment into semi-magical arenas. Meanwhile, as the story goes on, The Dude finds himself in increasingly lavish settings that are filled with unseemly characters. By heightening this world of the mundane and mysterious into something bright and dynamic, the Coen Brothers seem to replicate The Dude’s heightened (and dulled) stoned senses for the audience to enjoy a contact high.

One particularly dynamic sequence–the centerpiece of the film–involves a wild dream sequence when The Dude is knocked out. Flying through the Los Angeles sky, The Dude then plummets to the earth after finding out he’s holding a bowling ball; then a gigantic bowling ball rolls after him; he falls into the finger hole and the camera rolls around and around until he knocks into pins. Then a line of women dressed as Vikings line the alley as he floats down under them towards the pins, all while the classic Bob Dylan song “The Man In Me” plays in the background. It’s a wild scene in a film filled with them, and as you watch it you wonder where this film could be going next.

The answer, fortunately, is that you don’t know: you never know just where this film could be going next. It’s such a gambit to pull where nobody seems to know what’s happening and that every character is seemingly improvising as they go along that the film could easily fall apart. But this is where the mastery of the Coen Brothers lies: they’re such controlled directors that they can let their characters and plot start flying into every direction that they can push it as far as possible before the elastic band snaps. As the hoary old comedy adage goes, if it bends, it’s funny; if it breaks, it’s not funny. This film bends like a rubber band but never snaps.

And that’s really the film’s strength: that it can become as over-the-top, silly, and goofy because it doesn’t take itself seriously from moment one. It just asks that if you’d like, you can watch this story of The Dude and make of it what you will. It never imposes–it only invites.

And it’s an easy film to like: with a fantastic classic rock soundtrack, wildly funny moments, a storyline that slithers around to places both purposeful and seemingly accidental, we just keep our eye on The Dude–the unintentional protagonist in his own life. And that’s ultimately what he’s viewed as by everybody else: a useful but ultimately unnecessary means to an end.

And maybe that’s how The Dude abides: by either being the hero of his own story or the supporting character of another’s, he simply refuses to impose himself on the world. All he ever asked is that the world not impose itself on him; and this story exists because it’s perhaps the one time in his laid-back stoner life that he made a true impact on the world around him.

It’s a film that also only exists to entertain you; there’s no hidden depth or mysterious symbolism to decode. It’s two hours of kicking back and watching as the laziest man in the world suddenly has to do something–and watching him react to a world that, from his perspective, it seems he’s been right to avoid all these years. And while The Dude is laid-back, the film isn’t: it’s a kinetic, colorful movie filled with fantastic characters, great set pieces, and a story that–no matter how hard The Dude fights it–tumbles along like a tumbling tumbleweed. It’s something to watch when you want to alternately turn off your brain and let a movie do all of the work. If that’s not a Dude-like sentiment, I don’t know what is. It’s for this and many other groovy reasons that I find The Big Lebowski to be a perfect movie. But that’s just, like, my opinion, man.

Writer and worker from Lovelandtown, New Jersey. Currently located in the Dakota Territories. View all posts by Mike Gray