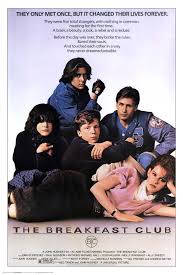 It is a truth universally acknowledged that being a teenager sucks. Not objectively, of course: as an increasingly cantankerous adult, I look at teenagers and want to let them know that they are young and healthy and will never be this free or full of promise again in their lives so they should stop moping around and just enjoy it, dammit! Then I’m usually escorted away by the closest security guard.

Even subjectively, thanks to the apparent emotion suppression machine that people go through between the time they are actually teenagers and adulthood, we all look back on our teenage years and after prefacing how much they sucked also think back to a time when music was great, life was fun, and we were carefree. And that’s also a truth of looking back on your youth in general: between 18 and 23, for example, I was on the best streak of my life where I just partied all the time, held down low-responsibility jobs, went to college, and had an inordinate amount of fun. Simply put: the older you get, the more you envy your own youth because you remember a more energetic, healthy, and unburdened version of yourself.

But the reality of being a teenager sucks to experience: your hormones (even though you don’t understand it at the time) are shooting up and down and all around like a Tilt-A-Whirl; your body is growing and changing and it’s sometimes painful and mostly tiring; you have what feels like the maturity of an adult but you’re surrounded by adults who are calmly, condescendingly telling you why you’re wrong; and everyone around you is the same horrible, stupid person that you’re being–even though none of you can really see it or realize why. Worse, you’re forced to go to school.

Just a decade before my own high school experience, director John Hughes made a movie that has since come to epitomize exactly what it is about being a teenager and being stuck in high school that makes it so terrible: 1985’s The Breakfast Club. What he captured in the film wasn’t just one long day of detention on the weekend with a group of mismatched students but the teenage experience as a whole in a microcosm. From parents to authority figures to the confining nature of schools as institutions, The Breakfast Club encapsulates in its 97-minute running time not just what it was like being a suburban teenager forced to go to school, but what it feels like being perpetually bummed out because of that. However, unlike the celebratory tone of Dazed & Confused, which captures what it’s like to be young and free, The Breakfast Club takes the opposite approach, instead depicting what it was like to be young and powerless and trapped.

The Breakfast Club – A Perfect Movie

Let’s get back to that feeling the film captures: of being young and relatively powerless over what you have to do because an authority figure tells you to do it and having your parents also there to enforce their decree. Set over one long detention day on the weekend, The Breakfast Club brings together five teens representing separate social castes–the jock, the brain, the princess, the freak, and the rebel–as they are confined to a library while their dickish vice principal stands guard. As the day goes on, they open up to each other about why they were sentenced to detention, clear up misunderstandings they have of each other, and bond over their shared similarities. It’s now a classic movie about teenage angst and one that still works, even 32 years after its theatrical run.

And when it was first released it was a hit: on a budget of $1 million, the film grossed 50 times back its budget. Now seen as a classic “80s movie,” it’s held in high regard even today and by generations that followed. But why? After all, it’s a relatively simple film that largely takes place in only one location. The story–such as it is–resembles a stage play more than a kinetic film. The characters, while distinctive, are also more archetypal than deep. 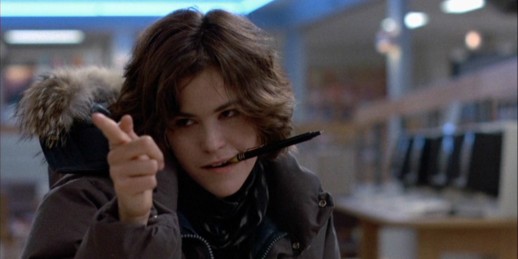 And maybe that’s why: teenagers simply aren’t fully formed yet. They’re amorphous, and who a teenager is one year may be totally different the next. Even the film recognizes this: as the characters get to know each other more, their facades begin to fall and the roles and images they try to live up to and project are rarely reflective of the self underneath. This is often what makes “teenage” characters difficult to write and portray: unlike adults, who are defined by their careers, social status, experiences in life, families, and personal interests, teenagers simply lack the amount of time and experience that creates fully fledged individuals. They’re just starting to figure out who they are, and by the time they graduate from high school, they rarely stay who they thought they were then.

So Hughes did one better and created a movie around this very idea: that teenagers–all teenagers–are insecure, unsure, and just trying to fit in the best they can. By cutting these five characters off from their peers, these truths slowly begin to emerge and they all find common ground in what they do know: that their parents are awful, school sucks, and none of them really know who they are or what they want out of life. If those aren’t universal traits that all teenagers can relate to on some level, then I don’t know what is.

The setting informs the movie perfectly: it depicts the seemingly endless nature that time takes on when one’s young and stuck somewhere they don’t want to be, in this case a school’s library on a Saturday. Although I’m a big fan of libraries, being confined to one against my will on a weekend isn’t my idea of a good time. And as that clock ticks slowly forward in the library, and these students fight falling asleep, they begin to commiserate over their fates for that day. As such, the setting became as iconic as the characters and film itself, as the dozens of parodies this film would inspire over the years would attest.

Whether they’re slumped over their desks out of boredom, dancing on the tables, or sharing a joint in the aisles of books, the library that serves as their jail also becomes an other space in the world that this unlikely group bonds within. In fact, I always assumed this was an actual library in a high school: and while it was filmed in a (closed) high school, the library was a set built in the school’s gym. I guess that makes sense, given how large the library is and how high its ceilings are, but my initial misunderstanding reflects how accurately the film strikes the tone it seeks to set.

By no means a flashy film, it’s one that strikes a delicate balance between comedy and drama and–for all of the character’s whining, which is also accurate to the teenage experience–actually relates that nobody when they’re teenagers know who they are or are going to be yet. Even if you don’t understand this while going through it, The Breakfast Club makes this point without ever condescending to the characters or having them act any other way outside of how actual teenagers would. It’s the naturalistic performances by the cast that sell this: even the “brain” of the group is as unable to see past his current circumstances or understand that the future holds much more than the present promises.

I read the film’s characters and group dynamic a little differently now that I’m older: at first glance, it seems like these kids are bonding with each other, but if you think about it, they’re just kind of bullshitting and trying to pass the time over a boring day. Their openness with each other can be read as how you tend to tell strangers more personal things than you would your close friends or family. Also, all of the kids are wildly narcissistic, just as teenagers are, and can’t wait to talk about themselves to each other, ratcheting up the drama of their statements to elicit sympathy from each other. It’s another accurate depiction of teenagers: lots of feeling but little depth; lots of emotion but little empathy. Heck, the jock only takes interest in the outcast because she gets a makeover from the princess and everyone else still makes the brain write the essay at the end while they go make out.

As a teenager watching this movie–which seemingly played every single weekend on WPIX-11–I enjoyed it for how much I could see myself in all of the characters. As an adult, I enjoy the film because it still rings true today: even such self-important lines like “When you grow up, your heart dies”–which once seemed an accurate sentiment when I was young–now strike me as a sad comment on that character’s own feelings of what adulthood may hold for her.

And in a way, it’s true: when you grow up, your heart does die–your teenage heart. In its place you begin to develop a heart that’s stronger and more protective of itself. As you experience adulthood, your heart may be battered by bad relationships or even broken. You heal your heart as best you can and it continues beating–only with each go-around with a little more caution and with bits of cynicism flowing through it. What she’s referring to is your young heart–the one that has yet to experience the pain and turmoil of being an adult as it rips away your teenage notions of righteousness and freedom and the nature of love. That one–the one still untouched from life–dies. Growing up will do that.

And your teenage self dies, as well: it goes to college or begins working in the world, starts relationships, begins and ends friendships, and the person you were when you were 16 is nowhere near the person you are when you’re 26 or 36–largely because you weren’t even considered a “person” legally at that point but a minor. And it’s only when you finally gain adulthood and can start working and drinking at bars and driving a car and doing whatever you feel like that you slowly begin to miss those days when you just had to go to school, hang out with your friends, socialize, and have as few responsibilities as possible.

And towards this, The Breakfast Club captured all the contradictions, downsides, misunderstandings, insecurities, and sense of rightness that comes with being a teenager. It’s a classic about teenage angst that still holds up today, and for this and all the other reasons I mentioned, I think it’s a perfect movie.